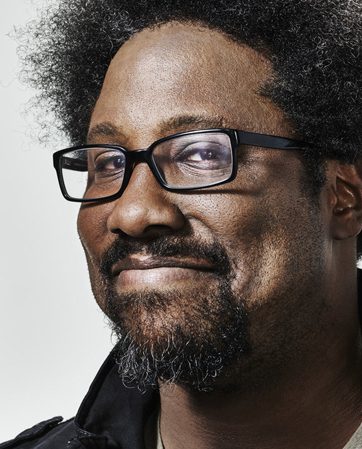 Join UCSB Arts & Lectures for an evening with Sociopolitical Comedian and Host of CNN’s United Shades of America W. Kamau Bell to discuss Ending Racism in About an Hour on Thursday, Feb. 11, 2021 at 5 PM.

W. Kamau Bell is a stand-up comedian and the host and executive producer of the Emmy Award-winning CNN docu-series United Shades of America with W. Kamau Bell. He has hosted three critically-acclaimed podcasts: Kamau Right Now!, Politically Re-Active and Denzel Washington is the Greatest Actor of All Time Period, and his latest stand-up comedy special, Private School Negro, is available on Netflix. Bell wrote a book with the easy-to-remember title, The Awkward Thoughts of W. Kamau Bell: Tales of a 6′ 4″, African American, Heterosexual, Cisgender, Left-Leaning, Asthmatic, Black and Proud Blerd, Mama’s Boy, Dad, and Stand-Up Comedian. He’s the ACLU Celebrity Ambassador for Racial Justice and serves on the advisory boards of Hollaback! and Donors Choose.

This conversation with Belinda Robnett, UC Santa Barbara Vice Chancellor for Diversity, Equity and Inclusion will be followed by a Q&A.