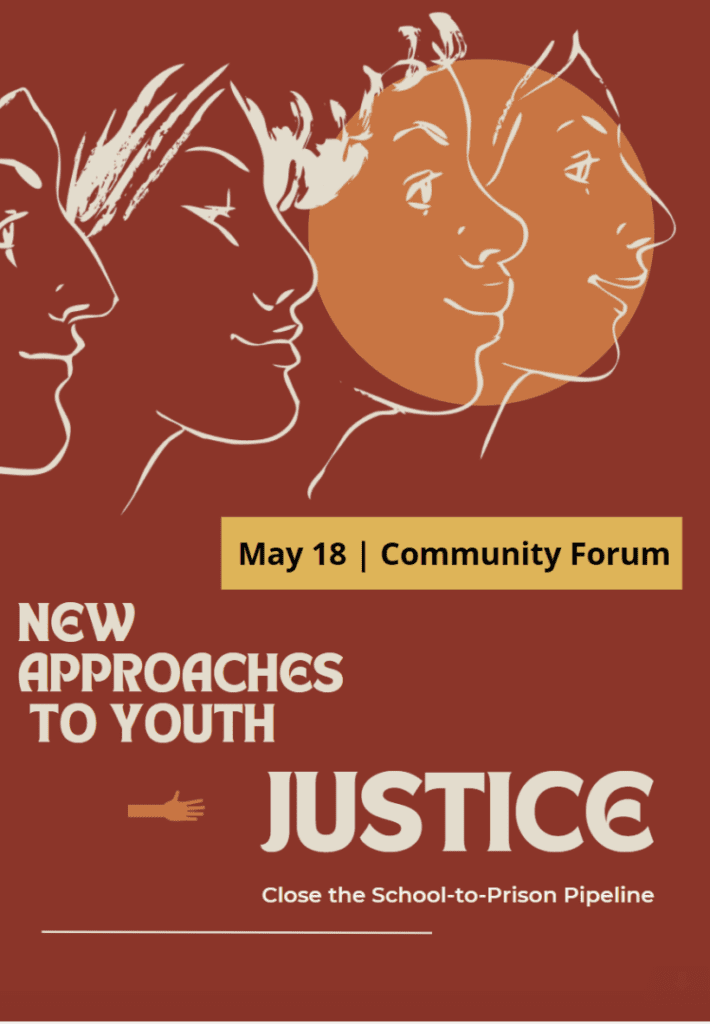 Fifteen years ago a young man was murdered in downtown Santa Barbara in a gang-related homicide. Community leaders quickly came together to address some of the problems of our young residents. Several programs were started and collaboration with the Public Safety Departments—Sheriff, Probation, District Attorney, and Public Defender– was increased and adapted.

Our May 18 Community Forum (noon-1:30 p.m.on Zoom) will look at the data and some of the new programs. Two of our speakers who helped develop and work in these programs were once incarcerated themselves and will share what helped them and how they are using those lessons to help teens and young adults today. An administrator in the Santa Barbara Unified School District will share how money that used to fund law officers in the schools is being reprogrammed to provide more counseling and mental health services.

We’ve called this the School to Prison Pipeline. Join us to hear what is happening in Santa Barbara’s South County to close the “school to prison pipeline.”

In addition to speakers from the county’s Unified School District, Probation, and Office of the Public Defender, the panel will include three of the many organizations in the community delivering services to youths.

JP Herrada, a previously incarcerated individual and father of three, has been mentoring at-risk youth and working with justice impacted families for 13 years. He co-founded the Alternatives to Justice Project in Santa Barbara in 2018.

Eric Rodriguez works with the Freedom to Choose Project in prisons throughout California. His involvement with the criminal justice system began at age 12. He was in and out of juvenile hall, camps and treatment programs before being sent to county jails and eventually sentenced to 15 years to life in prison plus 10 years.

“By the grace of God, hard work, inner healing and taking every opportunity available,” he explained, “I was found suitable for parole and released after 12 years and 11 months.”

The Freedom to Choose Project played a key role in his transformation while in prison, and led to his helping create their Pathways to Freedom Self-Directed Learning Program during the pandemic when their in-person programs could not reach people incarcerated. He now trains volunteers for that program and hopes to bring the program to Santa Barbara’s county jails and justice impacted youth.

The panel will be moderated by LaMer Kyle-Griffiths, Santa Barbara’s Assistant Public Defender. With a long career as a public defender amplifying the voice of the poor (juveniles and adults) in Kentucky, Massachusetts, Oklahoma, and Washington, Kyle-Griffiths was appointed last year as our County’s Assistant Public Defender. She also teaches Trial Advocacy, and has trained administrative professionals, attorneys and law students in areas of implicit bias, litigation, sentencing, juvenile practice, and forensics.

The forum is co-sponsored by Clergy and Laity United for Economic Justice (CLUE). It will also be livestreamed on our Facebook Page (@LWVSB) and available later for viewing in English and Spanish on our YouTube Channel.