BEAUTY AND THE BEAST at Dos Pueblos 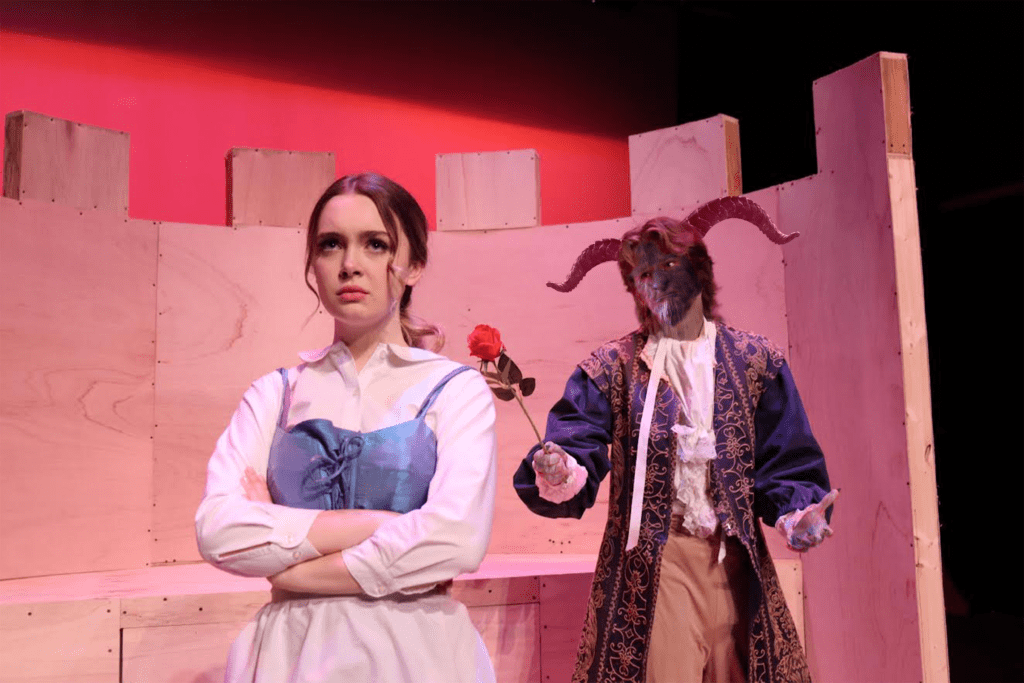 Dos Pueblos Theatre Company will present BEAUTY AND THE BEAST Apr. 22, 23, 30, May 6 & 7 at 7pm and Apr. 23, 30 and May 7 at 2pm in the Elings Performing Arts Center. Tickets are $10 for students and seniors and $14 general admission. They may be purchased online at www.dptheatrecompany.org or at the door. Current COVID precautions require audience members to wear masks. Children under three are not allowed.

In May 2008, Dos Pueblos Theatre Company (DPTC) presented BEAUTY AND THE BEAST, the very first performance in the 750 seat Elings Performing Arts Center.. Since then, DPTC has presented four national Disney/MTI pilot productions: TARZAN, MARY POPPINS, PETER AND THE STARCATCHER and NEWSIES. DPTC has also presented two world premiere productions and 20 other full scale productions, in addition to dozens of student written and directed productions.

Although this 2022 production of BEAUTY AND THE BEAST is not a national pilot production, it will feature the same creative new components that earned DP its reputation for innovative staging and design. The choreography and staging has been reconceived by Gioia Marchese, Tammy Norton and Clark Sayre. Sayre notes, “We’ve purposefully stayed away from the professional and high school choreography and staging we’ve seen on Youtube. We want to give audiences a fresh perspective, but one that is still grounded in the text.” Some basic concepts from Daniel Girard’s original 2008 set remain, but Girard has reconceived all the specific set pieces in what he calls a “more elegant and efficient” design. Noel Greer, master builder and technical director, on loan to DP from Houston’s acclaimed Alley Theater, teaches tech students to execute Girard’s intricate designs. Hannah Lawson (costumes), Leigh Allen (lights) and Mike Mooneyham (sound) will also bring their fresh new vision to the project, as well as Musical Director Aimee Ware, Ensemble Vocal Director Courtney Anderson and lead Vocal Director Blaine Sayre. Amanda Lennon and Michael McConnel serve as Producer and Assistant DIrector, respectively. Ben Saunders serves as Associate Musical Director.